Ditch the Drum Shield: A Message to All Churches

Drum shields are a touchy topic. Primarily because everyone seems to be super opinionated about it. Drummers *hate* climbing into an enclosure, and sound guys *hate* dealing with loud drummers.

I’ve played drums in countless – differently sized – rooms for various styles of music and I can tell you with full certainty that drum shields are not necessary. Don’t get me wrong – I completely, 100% understand why sound guys/worship pastors reach for drum shields as a solution, but I want to describe why I and so many of the front-of-house sound engineers I’ve worked with are so passionately anti-drum shields.

Before I do that, let me give a rundown on why drum shields are used so often. If you’re currently using one, I imagine you will relate to most of these points.

What Are Drum Shields Attempting to Solve?

Some of this may sound elementary, but don’t skip anything. It’s important for all of us to understand the purpose of the drum shield and why it is actually doing more harm than good.

Behind a drum kit, the drums sound great. Super great. The snare sounds full, the toms are rich, the kick is boomy. It’s pleasing to listen to as the drummer. But once that sound is projected 10, 20, 50, or a 100ft out, it starts to sound incredibly thin. The snare sounds like a harsh “blip”, there’s no low-end to the kick, and the toms sound, well… dumb. So, you add mics and push it out of the PA system and wallah! It sounds great again. As a drummer, I LOVE the PA system – it allows the audience to feel my drum kit like I do.

But now we have a new problem. Drum shields don’t “turn down the volume”.

What the drum shield does is it redirects the volume. Where does it go? BACK into the mics. The sound is no longer blasting the audience, but now the sound making its way into the mics sounds much worse than when the shield wasn’t there. And it truly sounds terrible. There’s a reason professional recording studios don’t use drum shields for isolated drum sounds. They make the drums sound bad.

So aside from the fact that drum shields literally make the drum kit sound worse, here are some more observations on the drum shield phenomenon:

Absence in Other Venues

Drum shields are uniquely a church phenomenon, which is strange considering the drum kit is used in venues of every shape and size for all styles of music. Even small jazz clubs, coffee shops, or underground theater stages never enclose the drummer. Why?

In 99% of all gigs in the music industry, the role of “playing to the room” is not the job of the sound guy. The sound guy’s craft is the art of mixing a band’s instruments to sound sonically pleasing. The drummer’s craft involves the art of playing to the room. That includes playing the right part, but it also involves providing the sound guy with the best dynamic balance of drums and cymbals at a volume he can work with to make the band sound good. Many church drummers seem to be entirely unaware of the latter, or out of ego decide to ignore it. But being cognizant of your dynamics is 100% a requisite for genuine musicianship.

In the secular music world, the drummer who’s always too loud and difficult to work with or coach just gets fired. Plain and simple. Each instrument has its own quirks, and it’s the job of a good musician to learn how to manage them. You play the loud instrument? Bummer, but your instrument isn’t the problem nor is it the sound guy’s burden. Learn how to manage your dynamics.

A drum kit naturally draws a ton of attention. It’s big, it takes up a ton of stage space, and it is shaped/colored/set up completely different than every other instrument. The sight of a drumkit is commanding and it conveys power, stage presence, and demands attention – at least significantly more than any other traditional stage instrument. And that can be a very powerful visual element when utilized correctly.

In fact, visuals are incredibly important for creating an inviting atmosphere for worship. Think about how much attention, work, and thought is put towards stage design and lighting. You even pay extra attention to your dress code on a Sunday morning to avoid being a distraction. The music matters. The message matters. The screen media matters. The visuals matter. They all work together towards creating an inviting atmosphere for worship.

…and boy oh boy does a drum shield look terrible. I know many of us are desensitized to the appearance from seeing it so often, but a big, multi-segmented, plexiglass behemoth of an encloser is not pretty. It doesn’t even come close to the beauty and stage presence of a raw drum kit.

There’s a tendency to prioritize “creating the sound of the record” over “creating art and good music”. You can’t always have both. Many of the recordings of your favorite worship songs were produced in stadiums or studios. That’s not where you are.

From a responsibility standpoint, worship is about the congregation – not the band, and there seems to be an illusion within the church music scene that being a good copyist is the same as being a good musician, but that couldn’t be further from the truth. If your ability to copy the intensity of the drums on the record verbatim is inadvertently becoming a distraction to your congregation due to the dynamic limitations of the room, you missed the target.

While the massive crash groove in a Hillsong Worship song may elevate the music perfectly for a stadium of 50,000 people, that doesn’t mean it will do the same in a room of 200 people.

Come up with alternatives. Think about the trajectory of intensity in drum parts from the beginning to end of a song. How can you change that? Can the snare earlier in the song be replaced with a side-stick so the snare’s re-entrance in the chorus or bridge is enough of an “intensity-lift” to replace the necessity of wailing on your cymbals? Get creative – that’s what genuine musicianship is all about.

I’m talking to the drummers now.

A good mix is essential for a pleasant listening experience. The PA system is great but only insofar as it isn’t competing with stage volume (the sound produced by elements on the stage, such as a guitar amp or drum kit). If any element on the stage is louder than the PA system, the mix will sound bad. You can know the song like the back of your hand and play perfectly to the click on a $10,000 drum set and it will still sound terrible to listeners if the mix isn’t right.

But guess what – getting the mix right is not 100% the engineer’s job. You, as a drummer, are contributing a great deal to the mix (perhaps more than anyone), and you are either a part of the problem or the solution. Each instrument has a couple quirks, and good musicians need to learn how to manage those. Unfortunately, for the drummer, that quirk is that you play the loudest instrument. It’s your job to learn how to appropriately manage that and play to the room.

In summary, here’s the issue: the drum kit is naturally a loud instrument.

In summary: here’s the (wrong) solution: Reach for a drum shield that negatively affects stage presence, creates terrible sound reflection issues for the close drum mics (thus eliminating the point of using the PA to improve the drum kit’s sound for the audience), and creates a band-aid solution that disenables drummers from becoming aware of the dynamic issues they need to work on in their musicianship journey.

In summary: here’s the (right) solution: Play quieter and get creative (AKA be a musician) with your drum parts to play appropriately to the room. Good drummers are easy to work with and have a good handle on their dynamics. The more time you spend (as a drummer) being creative in your translation of recorded drum parts to a live context, the better of a musician you will become. And of course, the more people will want to work with you, because you always “play to the room perfectly”. 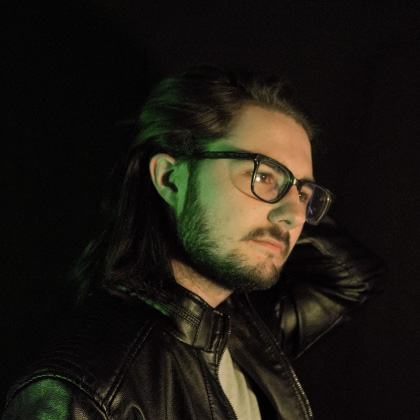 3 Replies to “Ditch the Drum Shield: A Message to All Churches”